Based on user feedback Mclowd has made significant improvements to the process whereby assets are revalued, including the valuation and corresponding asset screens.  (Please note – this release is due to be deployed on Monday August 24th.

The primary outcome from this project has been to provide all users with the ability to maintain a better historical record of valuations whether that be in relation to:

Of particular importance users can now update cost bases to reflect the impact of corporate actions.

In addition the asset architecture for managed funds has been updated to match that of direct equities. (Previously if you had a number of parcels of a managed fund you were required to enter a value against each parcel).

The revaluation screen also highlights investments via an ‘Attention’ symbol (triangle below) where there are potential issues with either the cost base and/or the volume. 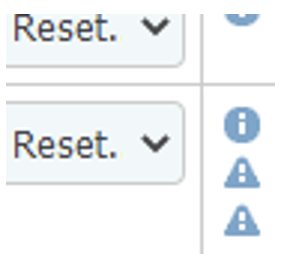 The screen shot below illustrates the new revaluation screen. 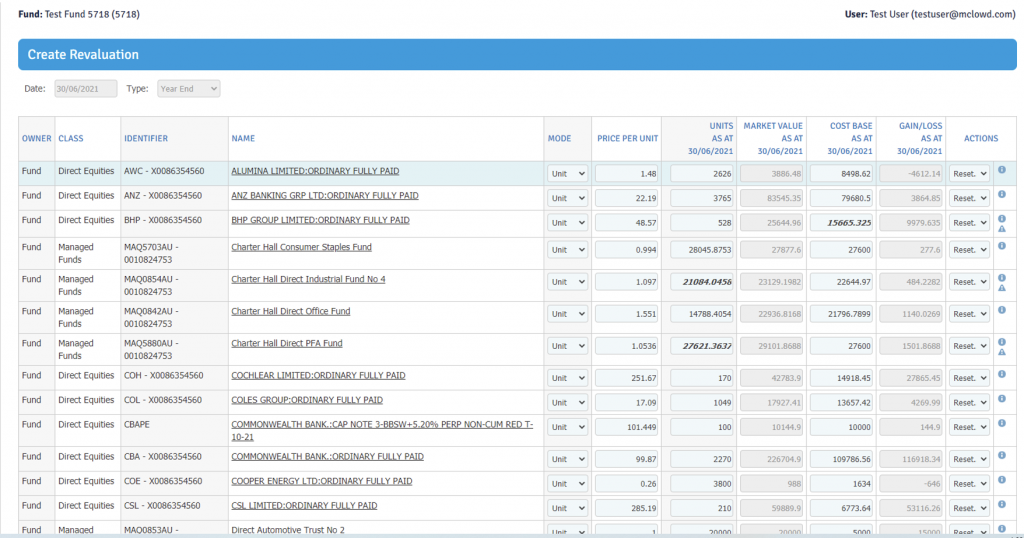 The Assets screen looks similar to the previous version, but there are some subtle changes.

With shares and unit trusts as shown below, the unit cost and market value now displays to three decimal points for shares.

Where there are a number of parcels you will notice that the HIN or SRN will be included as part of the name. If there are different HIN or SRNs for a particular company, then there would be two separate recordings for that company.

There has also been a significant improvement to the display of managed funds. Previously, users were provided with a list containing each parcel, including those arising from any reinvestment.

As per the following screen shot this display issue has now been addressed.

Was this page useful?
If you would like follow up on your feedback please provide your email address