The Uberisation of SMSF

If you had stood on any street corner of a major city in Australia five years ago the flow of traffic – and the cars themselves – would have looked just as they had for many years before that point in time.

But in the background – unbeknown to most people – a shift was taking place. One that would trigger a fundamental, “bottom-up” dismantling of an established value chain.

That value chain was of course the taxi industry, and the disruption was being triggered by a market entrant that no one had ever heard of.

The Industry Structure as it was

The taxi industry as it was before Uber was highly centralised.

A relatively small number of players controlled most of the workflow. These incumbents (Cabcharge and a handful of other ‘Network Service Providers’) had rent-seeking business models that were based on the deployment of large amounts of capital, and operating models that did not reflect modern business practices.

Power and value was concentrated at the top of the value chain: 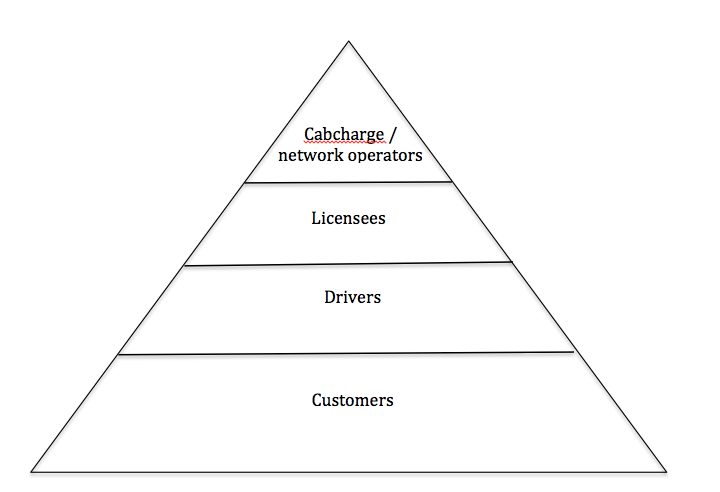 This structure worked well for the incumbents, generating high profits at the top, but leaving very little of the value for individual drivers and end users.

Uber effectively dismantled this value chain by re-imagining what was possible, based on:

Uber reconstituted the value chain without the main incumbents (Cabcharge, NSPs and the licensees), at the same time as they provided a highly scalable technology platform and two-sided marketplace.

It is important to understand that Uber was not really ‘competing’ with the incumbents in the traditional sense of that word.

What Uber did was to create an entirely new playing field (from scratch), and invite the drivers and customers to participate in a brand new two-sided platform.

And participate they did, in their millions worldwide.

The results of the market entry strategy have been stunning: 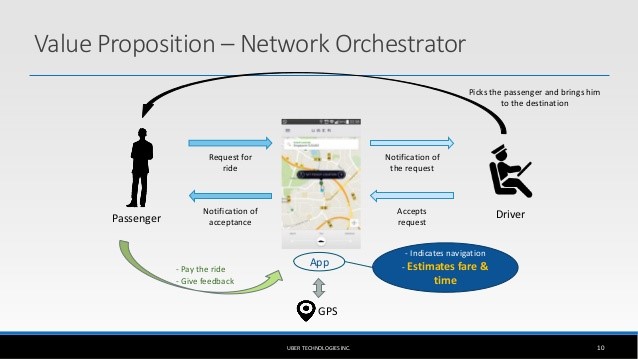 At this point it’s important to flag the role which governance plays in the process of innovation.

Cabcharge is a publicly listed company with a market capitalisation measured in the hundreds of millions of dollars. The other NSPs also have significant operational capabilities (which they have shown in catch up mode more recently).

What held them all back was governance.

Once you have deployed enormous amounts of capital into a particular industry structure it is very difficult (and arguably impossible) for that governance structure to effectively disrupt itself, particularly when the benefit of the disruption is skewed heavily towards the end customer (by way of 50% per unit price deflation).

That Cabcharge’s entity valuation has fallen nearly 80% since Uber was launched is an illustration of both:

The SMSF industry structure as it was 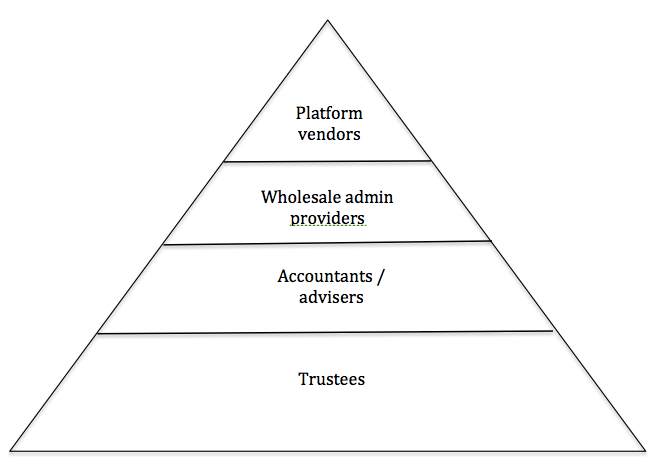 This structure has led to high costs, driven by:

While the technology has evolved in a manner which increases the level of automation, this industry structure has smothered the deflationary potential of these technologies.

Mclowd: a market entrant that no one had ever heard of

The Mclowd Community was established for the purpose of improving retirement outcomes for more than 1 million self-funded retirees, by driving down the cost of SMSF administration.

Like Uber the Mclowd Community has dismantled the existing value chain, and reconstituted it without the platform providers (who currently charge nearly $50 million per annum for access to a technology platform).

As well as offering practitioners and trustees savings of tens of millions of dollars in software licence fees, Mclowd has also built a two-sided services marketplace where individual trustees can connect with and engage service providers in a transparent and competitive landscape.

This ‘Uberisation’ is similarly delivering per-unit cost reductions of 50%+ and greater transparency for trustees and practitioners alike.